Fillmore Auditorium brings another exciting show for you to get your hands on! But no one was prepared for this out of this world line-up collusion as STING & SHAGGY have announced a brand new co-headline tour!! Right here, right now… If you’re a fan of either one of them then be sure to head on down on Friday 5th October 2018 for a night you won’t soon forget! You can expect to hear brand new material along with all of the songs you love best from both of these incredible artists! Tickets on sale NOW! 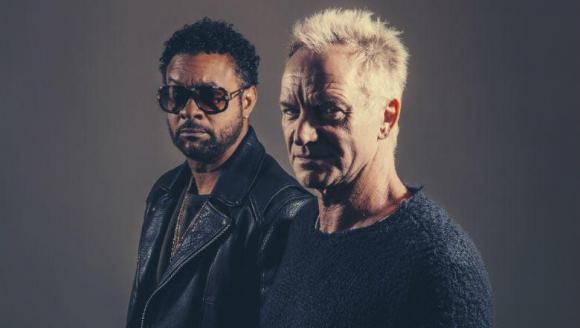 Sting hardly needs an introduction, as one of the biggest names in music and the vocalist from The Police! With a full and vivid career throughout the 70's and 80's, together they made their mark and crafted a brand new style of sound. Forming a combination of new wave rock with elements of jazz, reggae, new-age, world beat and more…

With his outstanding career, Sting has rocked the stages throughout the years and churned out classic sounding records that have become a long standing success. He has received a whopping total of 16 Grammy Awards for his influence and impact on the music industry. Along with three Brit Awards, a Golden Globe and so much more. And of course his induction into the Songwriters Hall of Fame and into the Rock and Roll hall of Fame for Police in 2003.

Another star that hardly needs describing is the chart topping Jamaican pop king, Shaggy, with his huge singles he took over the world and has become a long standing artist throughout the years. Taking his name of course from the character from the popular kids TV show, Scooby Doo. Just some of the DJ and vocalist – Shaggy's tracks include the massive anthems such as; "Oh Carolina", "Boombastic", "It Wasn't Me" and "Angel". All of these were played non stop across radio stations and are still classic club anthems all around the globe!

Together these two great songwriters and performers will be joining their forces for an exciting 2018 Fall tour… don't miss this unstoppable, rare and unmissable event as it takes place at a venue near you!!