Stadium Alternative rockers, Stone Temple Pilots comes to Fillmore Auditorium on Wednesday 15th April 2015! Compared to the likes of Pearl Jam, Soundgarden, and Alice in Chains, the bandmates became major stars in 1993. And the influence of those bands was apparent in their music, with their tight song structure and riffs than punk rage. Coming at the height of grunge0, their album Core demonstrated a departure from the rock albums of the era. Weiland’s vocals, dripping with attitude, recalled the rock-star swagger of older groups like Guns N’ Roses and the Doors, selling an impressive 8 million copies in the U.S! Come and rock out with the iconic 90's band for this one unforgettable night! 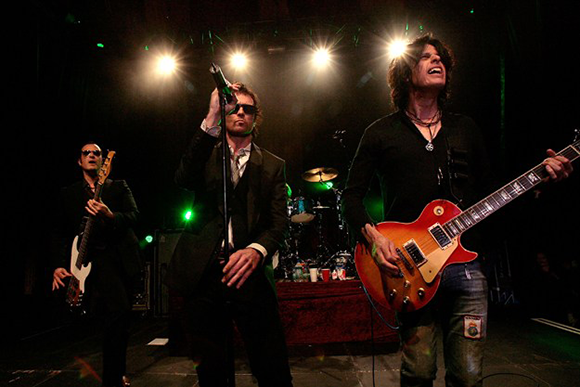