Tech N9ne comes to Fillmore Auditorium on Sunday 16th May 2021 for the second of a two-night-stand on his Strange New World Tour! The dynamic speed-rapper, whose decades-long career has proven him to be one of rap's strongest contenders, has huge plan for the show, which is one of the most highly-anticipated hip-hop shows of the year! He'll be joined in support by Rittz, Krizz Kaliko, King ISO, MAEZ301 and Jehry Robinson!

"We are very excited to announce TECH N9NE’S STRANGE NEW WORLD TOUR 2021," he reveals. "All tickets purchased to Tech N9ne’s Enterfear tour will be honored at the new dates listed." 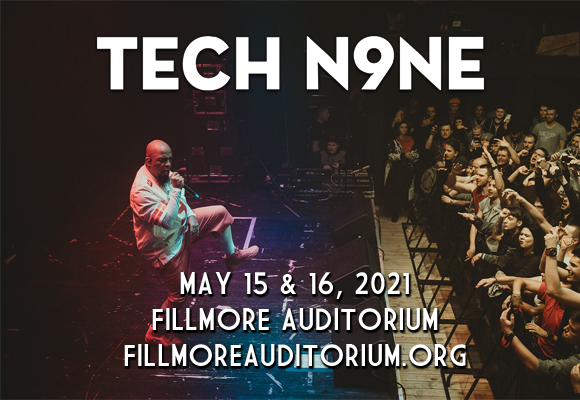