You can consider yourself lucky enough, as you have the exceptional opportunity to enjoy a live performance of the legendary Tedeschi Trucks Band on 18th November 2011, Friday at 8.00 P.M at the Fillmore auditorium CO, Denver, CO. 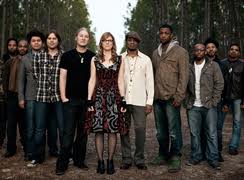 Founded recently in the year 2010, Tedeschi Trucks Band is led by a husband and wife, Derek Trucks and Susan Tedeschi and features few members from their individual solo groups. The couple has performed several shows together before they founded this band, and used to perform their respective solo songs. However, Tedeschi Trucks Band completely focuses on performance of original songs only.

The couple has worked earnestly on their band, and it literally shows off. After the announcement about the formation of their band in the year 2009, the couple instantly began drafting new material and working on their home studio in Jacksonville. The first album of the band, Revelator released on 7th June 2011 has been extremely successful.