Ladies and gentlemen, The Fillmore Auditorium announces The Last Waltz on Wednesday 22nd November 2017, celebrating more than forty years since the original The Last Waltz concert by The Band! This incredible performance, featuring special guest musicians and an orchestral section, will truly leave you speechless. Don’t delay – book now to get the best seats at this stunning performance! 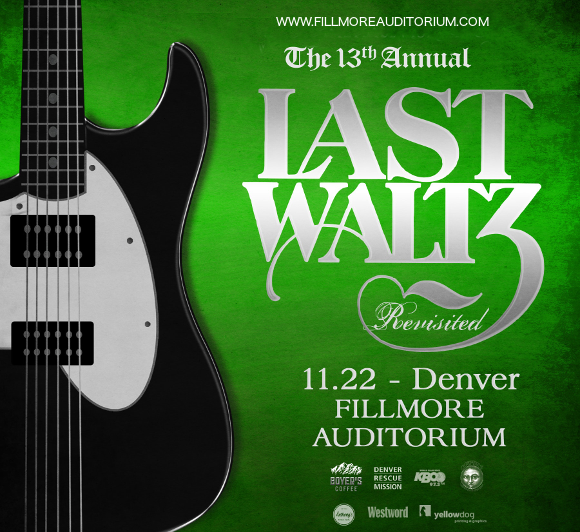 Over four decades ago, The Band played what was called their final performance, a Thanksgiving concert titled The Last Waltz in 1976. Including a number of guest musicians including Van Morrison, Bob Dylan and Neil Young, the event was filmed by Martin Scorsese, who proceeded to release the film as a documentary. It quickly attained classic status and a cult following, and is today considered to be one of the greatest live music video recordings in the world.

The film inspired Tori Pater, leader of the group Polytoxic, to re-create the concert live in the then-existing Dulcinea in Denver in 2005. The shows were immensely popular, and have gradually expanded over time to fill venues like the Fillmore Auditorium! Featuring more than fifty guest musicians, a huge horn section and over thirty songs from the Band, many of which had never been played at the original Last Waltz, guests are promised a night of entertainment that you’ll never forget.