Aussie singer, songwriter, actor, former YouTube star and bezzie of Ariana Grande, Troye Sivan, comes to Fillmore Auditorium on Monday 22nd October 2018 on his Bloom Tour! The tour is promoting the star's eagerly awaited sophomore album, which features the singles "My My My!," "The Good Side," "Dance To This," "Animal" and, of course, "Bloom"! Get ready to dance as this pop sensation gets it going on! 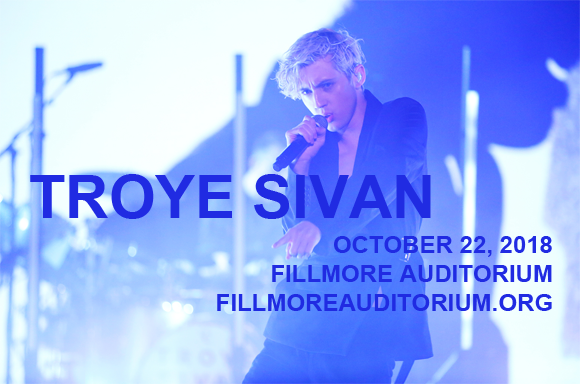