Wobbleland Denver 2022 with Riot Ten, Funtcase, Saymyname, Monxx and Jessica Audiffred at Fillmore Auditorium on Friday, March 25th, 2022. Bass, dubstep and trap music lovers, this is the show for you, grab your tickets now, so you don’t miss out! 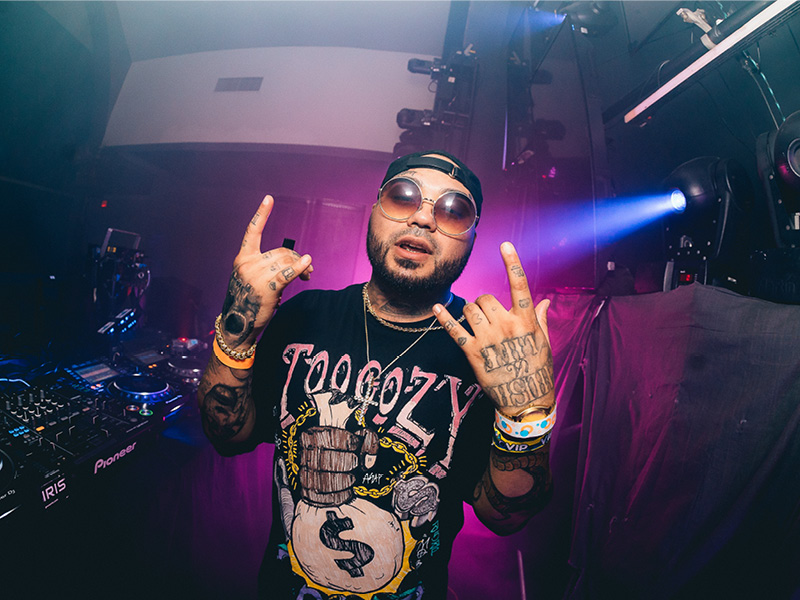 Born and raised in El Paso, TX, Riot Ten exploded into the world of dance music at the age of 22. Joining the Dim Mak Records family in 2017, with additional music out on Never Say Die, Deadbeats, Insomniac, and Rottun, Riot Ten blasted off with four number 1 top 100 dubstep singles. His music has been supported around the world from the likes of DJ Snake, Zeds Dead, The Chainsmokers, Excision and many more. In 2017, Riot Ten's single "Fuck It" with Sullivan King became a staple on The Chainsmokers "Memories Do Not Open" tour. He has also made appearances at Lollapalooza, EDC Las Vegas, Coachella, Nocturnal Wonderland, Electric Zoo, EDC Mexico, Lost Lands, EDC Orlando, Global Dance Festival, Electric Forest, Bass Canyon, Imagine Music Festival, and more.

All the way from the UK, James Hazell is FuntCase. He officially stepped onto the scene at the height of dubstep’s voyage across the pond. Recognized by his signature mask, assuming the throne of dubstep’s most ruthless masked madman and merciless production style, FuntCase quickly became a fan-favorite for bass music enthusiasts around the world, and since 2009 has positioned himself at the forefront of dubstep, maintaining his notable presence through memorable releases, high-energy DJ sets, and unparalleled engagement with his community. As an original member of the Circus Records roster, FuntCase’s signature sound and incredible output have been instrumental in making the dubstep scene what it is today.

Dayvid Lundie-Sherman, also known as Sayyname, is the self-appointed godfather of hardtrap. The title is not arbitrarily applied, his first major musical success was in 2012 with a trapped-out remix of Hardstyle superstar Showtek’s “F.T.S.” This tune, which Saymyname credits as the impetus for the Hardtrap genre, was banged out ad infinitum on every major festival stage in the world multiple times over, and LA Weekly has also acknowledged this title. By fusing Hardstyle with Trap, “the dance music world has been better for it ever since”.