Young Thug and Strick! Live on stage! Come and see some of Americas best and upcoming hiphop artists live, Young thug breaks from his tour with Machine gun Kelly to give you this once in a lifetime meetup with Strick! Buy your tickets now! For Fillmore Auditorium on Tuesday 5th November 2019 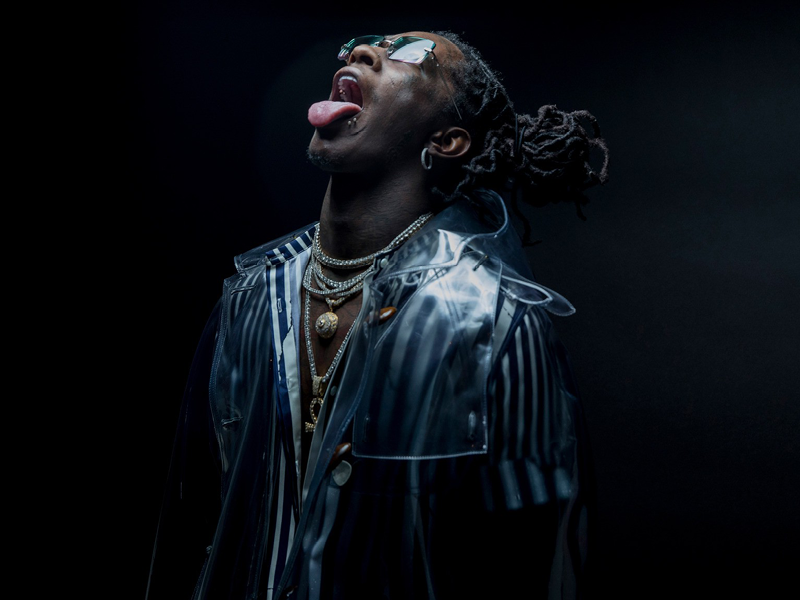 Young Thug, born Jeffery Lamar Williams, is an innovative trap artist from Atlanta who has shown his versatility from his signature off-the-wall flows over hard trap beats to experimental crooning over poppier beats. His rise to popularity began after being taken under Gucci Mane’s wing, and now he’s is continuing the tradition of mentoring young and upcoming artists and bringing Strick up to see the world. After their collaboration in Young Thug’s 2018 Slime Language compilation, their collaboration “STS” Strick has almost become Young Thugs right hand man in music.

“Everything about Young Thug remains inimitable. He steeps himself in smooth R&B guitars on his latest, distilling the chaos of young love and lust into vital, undeniable pop.”
“Thug walked onto the stage with a encrusted mic wearing a BAPE camouflage t-shirt with skinny jeans, and a pair of high top sneakers. Ten minutes into his show time, it was clear that we will see more of the latter. Instead of just walking across the stage while rapping, Thugger would dance and appeared to just want to have a good time with his fans. Thugger’s setlist was great –- and that’s no small task. Since his explosion onto the national scene in 2014 with the release of Black Portland, Young Thug has released 10 mixtapes and has a ton more tracks in which he’s featured on. One can be certain that his fans probably heard a few of their favorite songs, as he quickly ran through “Hercules,” “Best Friend,” “With That,” “Danny Glover,” “Stoner” and countless others, even if just for a verse or two.”