If dubstep music rocks your world, then you don’t have the right to remain silent because you’ll be jumping up and down to find out that Caspa’s coming to town!  Indeed, one of the most sought after authorities in dubstep music, Caspa, will keep your head spinning wildly as he takes his Dub Police Tour 2012 to Denver, Colorado for an exciting live show at the Fillmore Auditorium on the 25th of October 2012, starting at 7:00 pm. 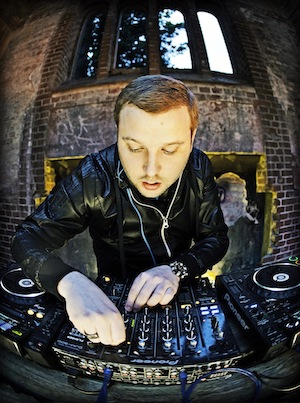 The underground dubstep music scene is a thriving mecca of dubstep afficinados — alive and  flourishing with the music of Caspa. The music of Caspa serves as a password, an indicant whether you’re in or out; for as they say “if you don’t know Caspa you don’t know Dubstep.” Caspa’s highly acclaimed work that put him on global map is the album ‘Everybody’s Talking, Nobody’s Listening’.  His superlative remixing skills drive well-known artists pounding at his door for remixing jobs, which include the likes of Deadmau5, Miike Snow, Swedish House Mafia ,Depeche Mode, Kid Sister and Adam F & Horx feat Redman to name just a few.  He may be one of the most hardworking DJs around.  His gruelling world tour dates do not stop him from managing three music labels and writing and producing his own songs and albums.

No one is above the law! Gain access to watch the Dub Police Tour 2012 with cheif dubstep authority, Caspa, by buying your tickets now!