Ladies and gentlemen, are you ready for DUA LIPA?? The latest and greatest sensation in pop music, Dua Lipa is taking her self-titled album on a massive tour around the United States, and you have the chance to be part of it!! Don’t miss out – grab your tickets to see Dua Lipa at the Fillmore Auditorium on Tuesday 26th June 2018 NOW while they last! 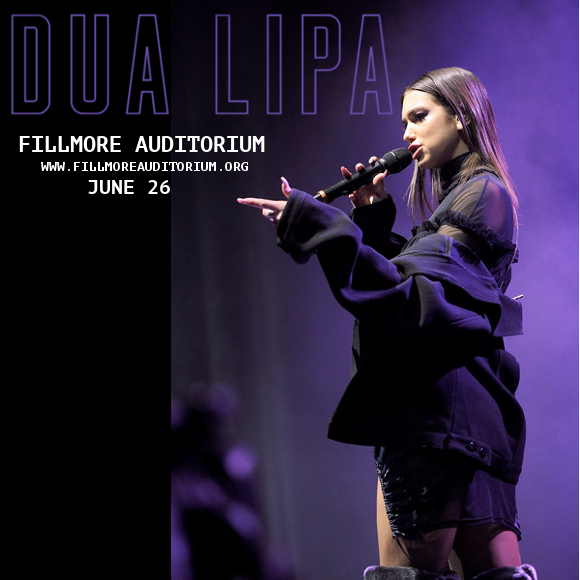 Starting her career aged just 14, covering songs by various artists and uploading them to YouTube, she was signed by Warner Music Group in 2015 and began work on her debut album. Released in June last year, the album gave Dua Lipa her first massive top 10 hit, "New Rules". This year, she was nominated for no less than five categories in the Brit awards, winning two for British Female Solo Artist and British Breakthrough Act. The was nominated for more categories than any other artist this year, and became the first female artist in history to achieve five nominations!!

“I’m proud of having the opportunity to put it out there and put my story out there in the hopes that somebody might be able to relate to it, and see that we’re all not so different at all and we all kind of go through the same things – and that’s been a massive milestone for me,” the singer expressed, regarding the release of her debut.

Get ready to hear all the songs you know and love – along with maybe a few surprises too – LIVE on June 26th!!