If you feel like your brain has been hit by a train and your heartbeat has accelerated as if you were on a rollercoaster ride, then you must be reeling on what they call the James Blake – effect. That's also what fans of James Blake are going through right now as news flashed that Blake is headed to this side of town for a very limited engagement at the Fillmore Auditorium on Wednesday 9th October 2019. Tickets are said to be moving out fast. It's now or never. Book your tickets in a flash! 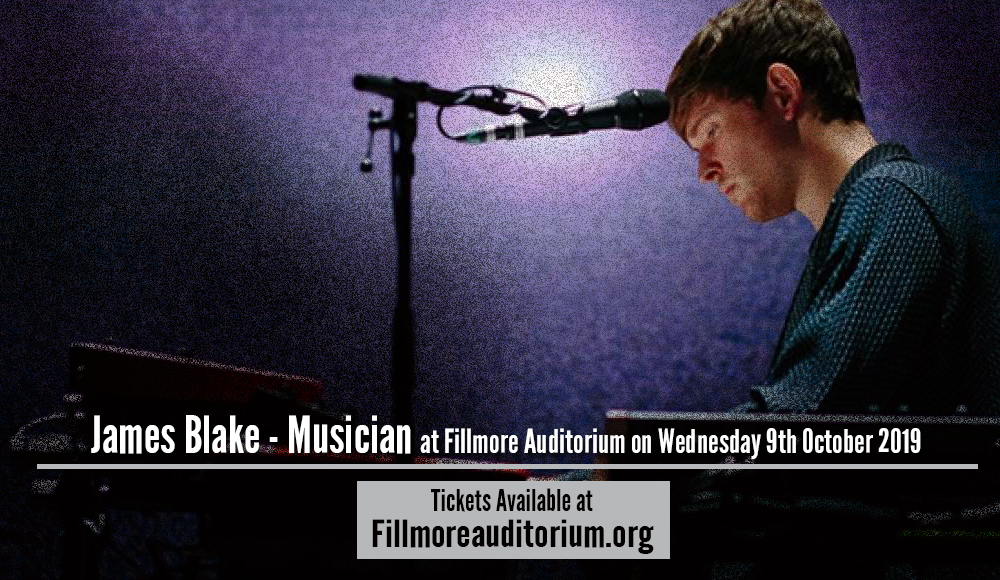 Kanye West candidly expressed citing James Blake as one of his favorite artists. Just like you, the James Blake – effect spares no one. James Blake is one who keeps pushing boundaries, defying genre conventions, and effortlessly expands his ever-growing fanbase.

James Blake is an English singer, songwriter, multi-instrumentalist and record producer from London who dabbles with dubstep music. His eponymous debut studio album released in 2011 perched atop the charts, hitting the number spot in Belgium as well as number nine on the UK charts. His succeeding albums "Overgrown" and "The Colour in Anything", put him on the electronic music map. His most recent album debuted in the Top 100 in multiple countries, including Australia, Canada, Ireland, Denmark and the US. He is best known for his chart-topping singles which include “Modern Soul,” “Timeless,” “Radio Silence” and “I Need a Forest Fire.”

Experience the phenomenal music of James Blake on the live stage. Score those in-demand tickets now!