Be sure to make a mental note of this one! Lotus the instrumental, improvisational electronic jam band are making their way down to Fillmore Auditorium on Friday 7th February! Grab your tickets while they're still available! See you all at the front! 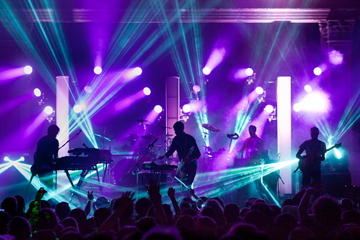 Lotus' sound is expanding upon a wide range of styles and sounds, Lotus is considered a multi-genre band. The group incorporates elements of rock, electronica, jazz, jam, hip-hop, funk and other influences. The band originally played as a jamband that leaned heavily on the sounds of funk, rock and jazz and with improvisational styles that'll take you by surprise and wonder why Lotus hasn't been involved in your life sooner, the band's style has gravitated toward elements of the electronic genre while maintaining the foundation of jamrock.

Lotus have now released 11 albums, 2004's Nomad went to the top of the Home Grown Music Network charts and by the end of the year was the HGMN Best Seller. It was also nominated for a "New Groove of the Year" Jammy award.