West Coast rap king Schoolboy Q is embarking on a mammoth 66-date headlining tour in support of his upcoming Blank Face LP! With support from fellow MC Joey Bada$$, the Top Dawg Entertainment/Black Hippy hiphop sensation will be tearing up the stage at Fillmore Auditorium on Sunday 23rd October 2016! 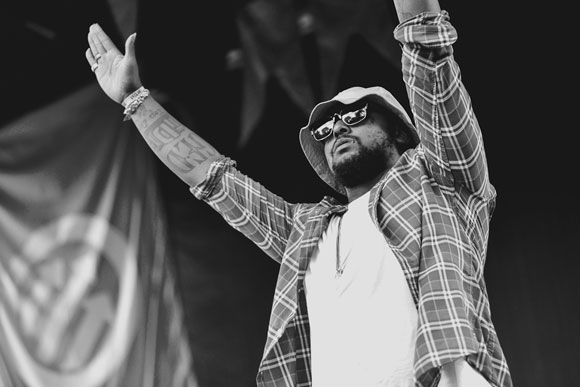 South Central Los Angeles native Schoolboy Q began his music career in 2006, when he started working with Carson-based independent record label Top Dawg Entertainment (TDE), who he eventually signed with in 2009, after the release of his first mixtape titled Schoolboy Turned Hustla, which was released with G.E.D. Inc., the same imprint that helped launch the career of fellow West Coast rapper Tyga. Schoolboy Q released two independent albums, Setbacks (2011) and Habits & Contradictions (2012), and after signing with Interscope Records, he released his major-label debut studio album, titled Oxymoron, in 2014 and debuted at number one on the US Billboard 200. On June 14, 2016, Schoolboy Q revealed that his second major-label album would be titled Blank Face LP.