If you yearn for a music adventure that would take you to the cutting edge and bring you to an abyss of music experimentation, then ride along the Sonar Tour!  No, you’re not going to it’s motherland in Barcelona.  The Sonar Tour is coming to America!  You need not go far because The Sonar Tour is happening right here in Denver, Colorado at the Fillmore Auditorium on November 7, 2012, Wednesday. 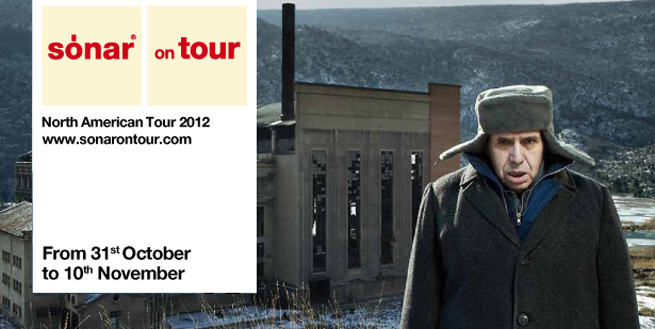 Sonar is an annual music festival in Barcelona, which was founded and began in June 1994.  For solid 19 years, it has fulfilled its mission of  bringing “…the avante garde and experimentation while blending artistry with entertainment and exploring the boundaries of electronic music and its cultural iterations.”  The Sonar music festival is an astounding dance party that draws in a throng of music lovers who want to let their hair down, throw their hands up in the air, surrender to the beats and rhythms, dance in wild abandon, or simply just to get lost in this music labyrinth.

Barcelona, Spain has been Sonar’s bedrock all these years, but this event is wildly famous all over the world. This year, Sonar will take flight and embark on its first ever full tour in several key cities in America.

The Sonar Tour will comprise of both live performances and DJ sets.  Headlining this tour include hip-hop, rap-rave group Die Antwoord from South Africa, house/experimental disco trio Azari And III from Toronto, Canada, techno/electro/acid house producer and spinner Tiga, among many others.

If you just want to chew bubblegum music, this place is not for you. This is not for the faint of heart. If mind-blowing, innovative, cutting edge, transcendental dance music is your trip, then buy your tickets now!