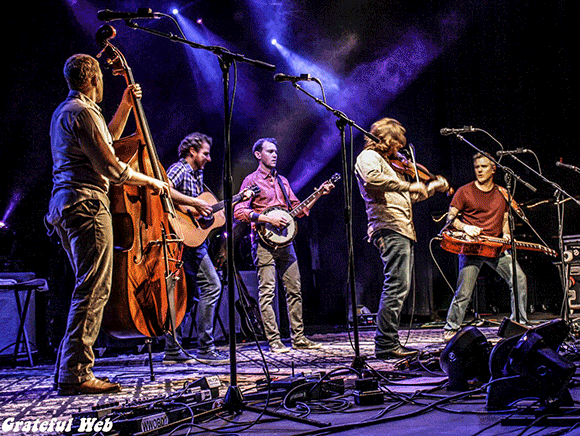 From the halls of the prestigious Berklee College of Music, emerged this acoustic bluegrass outfit who call themselves The Infamous Stringdusters. The band's current line-up composed of Andy Hall (Dobro), Andy Falco (guitar), Chris Pandolfi (banjo), Jeremy Garrett (fiddle), and Travis Book (double bass), released their break-out album Fork in the Road on Sugar Hill Records, in 2007. From there their bluegrass sound evolved into more complex and groove-friendly stylings. Their distinct sound did not go unnoticed by fans, critics, and award-giving bodies as well. In the 2007 International Bluegrass Music Association, they bagged the Emerging Artist of the Year, Album of the Year and Song of the Year awards. In 2011, they also received their first Grammy nomination for "Best Country Instrumental" for their song "Magic No. 9."