It's time to ring in the New Year with the unbelievable progressive grooves of Umphrey's McGee! Bringing their immersive improvised trippy sounds and spectacular light show to Fillmore Auditorium on Saturday 30th December 2017 for the second in a three-night stand, these guys will be ending the year with a party like no other! 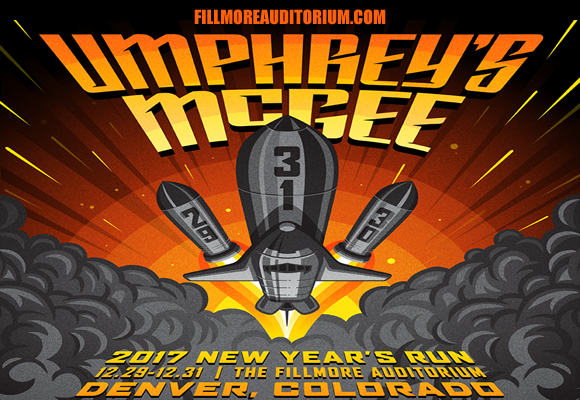