The night of Saturday, 31’st December 2011 at the Fillmore auditorium is assured to unfold many surprises and enter the New Year 2012 with a thump as the world famous American alternative rock band will be performing live. 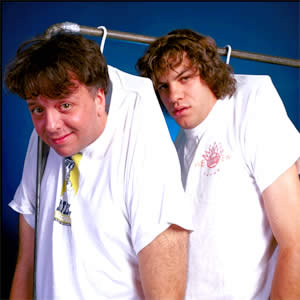 Formed in the year 1994 by two childhood friends, Mickey Melchiondo (Dean) and Aaron Freeman (Gene), the Ween band features a huge cult underground fan base despite being favored in the main stream music. The style of the band is as unique as the members. Though their style is at times inclined towards rock music, one of their distinct tendencies has always been towards trying of other various styles, often infused with a sense of absurdity and humor. It must be mentioned that both, Dean and Gene are expert multi instrumentalists and frequently employ various instruments during the recordings.

As seats are getting filled up at a rapid speed, you must consider securing your seats in advance.