Aussie troubadour Xavier Rudd is on tour for the first time with his new nine-piece band, The United Nations! Named The Flag Tour, after their single of the same name, the stint is in support of the band's internationally-acclaimed debut album, Nanna. Catch them and their world-influenced reggae roots rock at Fillmore Auditorium on Saturday 17th October! 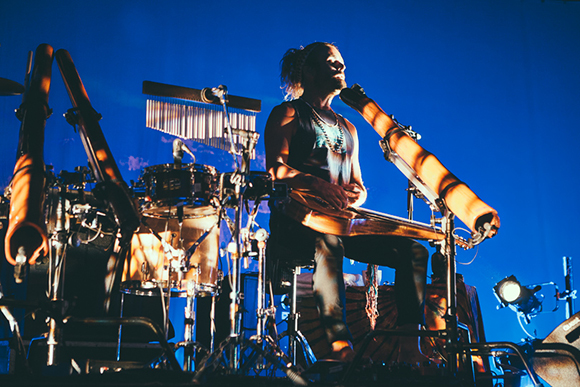 Xavier Rudd started his musical path as a one man band of sorts, with a complex and intricate set-up consisting of three didgeridoos, a guitar, a bass guitar, a stomp box, and a vast array of various percussive instruments. Fusing his passion for surfing with his talent for music and his socially conscious convictions, Rudd creates eclectic and uplifting roots music. A mainstay of the festival circuit, Rudd has released nine studio albums and five live records. His most recent effort, Nanna, is Rudd's debut as front man of a band for the first time in his career. Xavier Rudd and the United Nations are “a band with a strong message of all people coming together around the globe to return to spirit, respect the ancient ways and protect the Earth and the very essence of creation.”