Oh, my! My! You have Black hair, they have Blue. You look sadder than you should, so why don’t you come along to Blue October at Fillmore Auditorium on Friday, November 12th 2021. Bring some friends, even ones not like you, they are just jealous of your tattoos! Make sure you all buy some tickets, and all wear black. Don’t be scared of anything, it’s going down and none of us wanna miss out on Blue October. Come on, come on, ignore the warning signs, this is your kind of danger. Yeah, you're danger, danger. 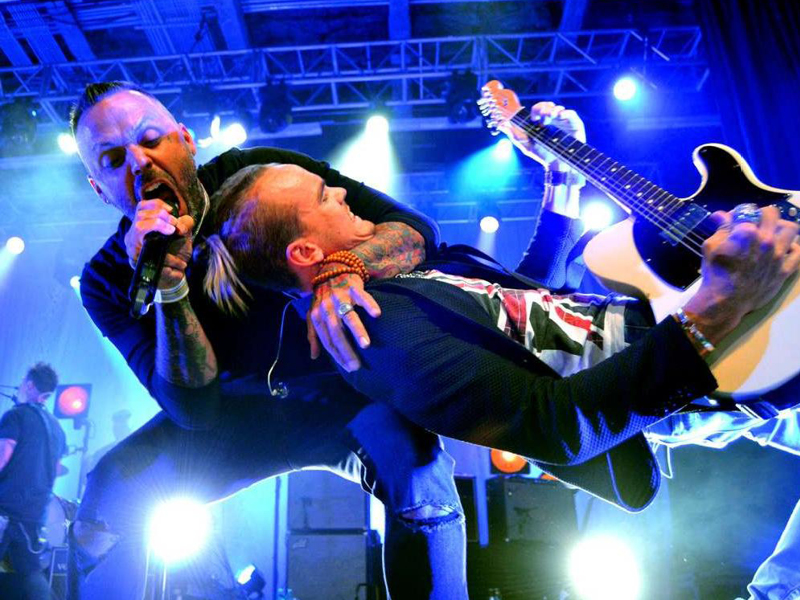 Hailing from Houston, Texas, Blue October is lead singer and guitarist Justin Furstenfeld, drummer Jeremy Furstenfeld, multi-instrumentalist Ryan Delahoussaye on the violin, mandolin and piano, bass guitarist Matt Noveskey, and lead guitarist Will Knaak. Formed way back in 1995 they have ten studio albums which have earned the band loads of Top 40 singles over the years, however they are best known for their platinum singles "Hate Me" and "Into the Ocean" from their 2006 platinum album, Foiled, with the single “Hate Me” remaining in the top five of the Modern Rock chart for 20 straight weeks, and resulted in their record label making a speedy about turn and re-signing them after previously firing them! The Blue October documentary, Get Back Up, was released worldwide in May 2020 and their latest album, This Is What I Live For, released in October 2020 with the single "Oh My My" reaching the top 10 on the alternative rock radio chart, the album came in at number 19 on the Billboard album chart, and Justin Furstenfeld stating, “these songs should make you want to fall in love with somebody, or miss somebody, or want to do something outrageous with your life.”