Grunge and metal fans, are you ready for Alice In Chains?? They’re hitting the road once again in 2018 – coming to rock the Fillmore Auditorium on Thursday 13th September!! No fan of the band can afford to miss this – tickets will sell out FAST so grab yours while you can!! 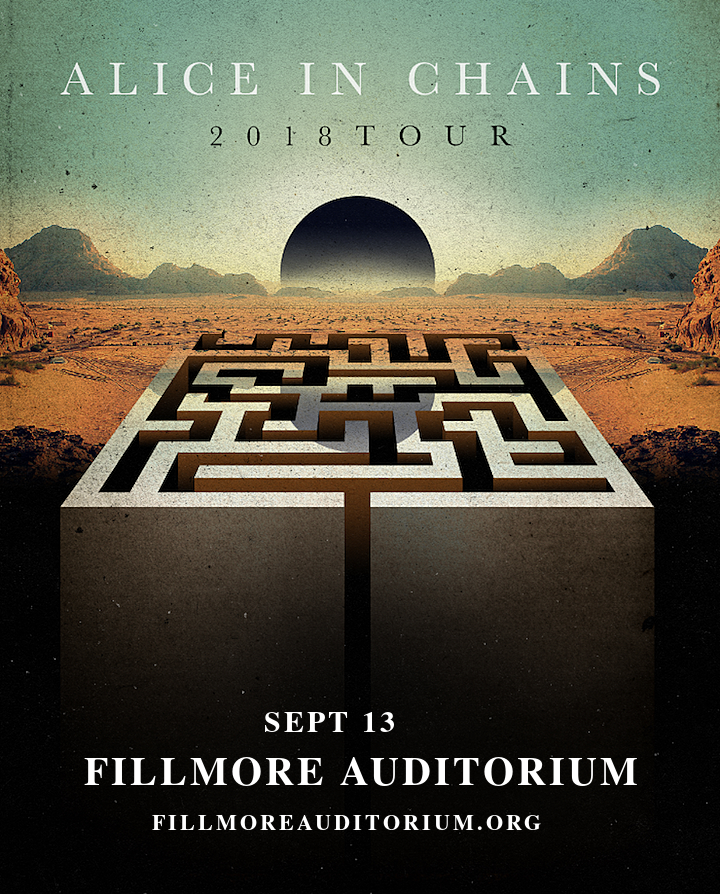 Kicking off in Boston in April, the huge tour, spanning five months in total, will see the band travelling across Europe for the first leg of the tour and returning to the US for a North American run, finishing up in Phoenix, Arizona in September! As if that wasn’t enough, Alice in Chains have confirmed that they are working on a new album to be produced by Nick Raskulinecz of their previous albums “The Devil Put Dinosaurs Here,” and “Black Gives Way To Blue” and recorded in their hometown. “It’s time for Alice in Chains to go back to Seattle — drink that water, breathe that air,” said Mike Inez, the band’s bassist. “My Heart family's up there. There's just such a history — every street corner for us is a memory; crazy shit happened or some beautiful stuff."

Don’t miss out on your chance to see this classic grunge-rock act live! Grab your tickets TODAY!