Experimental and groundbreaking Indie Rock band Alt-J have just released their new album "This Is All Yours" a combination of feel good and heartwarming renditions and another solid entry in the music charts around the world. with the Album came their latest tour announcement which will touchdown at the Fillmore Auditorium Tuesday 28th October! The band has released a string of incredible tracks Including "Hunger Of The Pine" which you can hear below! Get your tickets online now! 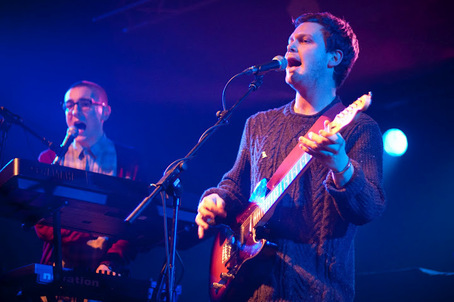 alt-J (also known as ∆) is an English indie rock band formed in 2007 in Leeds, England, by Gwil Sainsbury (guitar/bass), Joe Newman (guitar/lead vocals), Gus Unger-Hamilton (keyboards/vocals) and Thom Green (drums). Their debut album An Awesome Wave was released in May 2012 in Europe and September 2012 in the United States, and won the 2012 British Mercury Prize. Gwil Sainsbury amicably departed the band in early 2014. Their second album, This Is All Yours, was released on 22 September 2014 and went straight to UK number 1. As a replacement for Sainsbury, Cameron Knight will be a support member for alt-J's live shows, playing guitar, bass and sampler.