Dance to the admirably defiant music that will be performed by none other than the World’s number one DJ himself, Armin Van Buuren at the Fillmore Auditorium in  Denver, Colorado! On May 08, 2013 allow yourself to be in a state of trance, lost in the highly euphoric  and uplifting beats, frenziedly moving with the crowd . The party will start at 7:30 PM. Just follow your guts and dance!!! 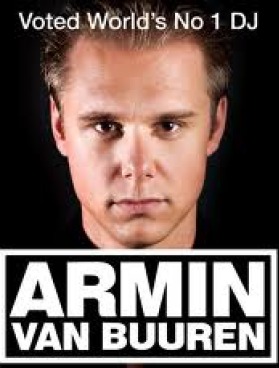 Five-time number one holder of the DJ Magazine’s Top 100, awarded as the Best Dance Radio Mix show DJ by the International Dance Music Awards, hailed as the Best European DJ, Best Podcast and Best Global Record Label (Armada Music DJ Awards), has received the most prestigious Dutch music award- the Buma Cultuur Pop Award,  Best International DJ and Best Trance DJ (FCN Business Awards) – all these and a lot more are proofs that the musically-brilliant Dutchman, Armin Van Buuren is the world’s best DJ. His ingenuity and love for music transcends energy and gives chills to the crowds in front of him. Armin van Buuren has set a first for a dance music artist in Dutch music history when his studio album, “Imagine” entered at number one in Dutch album chart. Apart from being a producer and an undeniably successful DJ, Armin has also been a radio host for 12 years. Since he aired the first episode of the weekly 2-hour radio show, A State of Trance (ASOT), it claims to have around 25 million listeners in 26 countries making it one of the most listened-to radio shows in the world.

Get your skates on and book your tickets for this to-die-for event of the year! Feel the madness in every rhythm, let the aural dynamics drown you, breathe in the excitement, emerge uplifted, refreshed and with a positive enthusiasm in your every action!