What a line up as Asking Alexandria, Falling In Reverse & Wage War all head down to Fillmore Auditorium on Tuesday 5th May 2020! This Spring you can catch some of the best bands in rock and metal right now! This is a concert experience not to be missed! If you love Asking Alexandria make sure to tell your friends this is the place to be and get down for the main event for a night to remember! 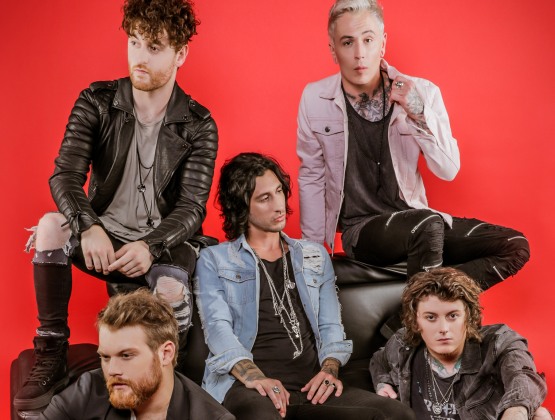 The English rockers, Asking Alexandria have been brewing up a storm ever since they first debuted onto the music scene back in the mid 2000s. As they worked hard to crafting their perfect sound, members guitarists Ben Bruce and Cameron Liddell, drummer James Cassells, lead vocalist Danny Worsnop, and bassist Sam Bettley have continued to push their releases and perform on their extensive tours which have taken them across the globe and creating a wide fan base in North America.

This talented six piece have been rocking the stages and plan to head out in Spring 2020 to bring their music back to the US with all of their biggest releases and most recent material. From their debut of Stand Up and Scream in 2009, Reckless & Relentless in 2011 and From Death to Destiny dropped in 2013, their self titled realise in 2017 and more!

With their amazing metal core soundscape, Asking Alexandria have become one of the most popular bands around within the genre. With their elements of hard rock and heavy metal and hints of electronic music.

Join them as they embark on their headline dates for 2020 and make a stop off at Fillmore Auditorium for an unforgettable night of epic music and flawless performance! Tickets are now available to book above online right here right now – there's no time to waste, make sure you are part of the crowd!