Sense the liberating beat that will shake the walls of the Fillmore Auditorium in Denver, Colorado, as Boys Noiz, one of the most valued electronic artists, rock the crap out of you on December 18, 2012. Jump, dance and sway your hands up in the air right when that music starts at 7:30 PM! 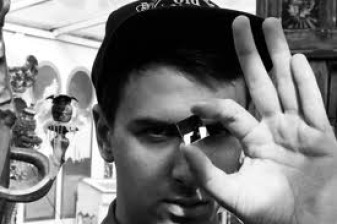 Boys Noiz is the moniker used by the producer and a renowned DJ from Berlin, Alex Ridha, who started his career at such a young age. The moment he started fiddling with his instruments will show that he was born with an innate gift of  fabricating brilliant music spontaneously. His cutting-edge style never fails to enliven all the fired up audiences, radiating a heap of effect from his hip-hop and disco roots to create a ground breaking sound. His high-powered transfixing DJ-set and his ability to mix and remix music without a glitch make him considered by many as one of the World’s best DJ’s. Ridha was awarded with Independent Music Award in 2010, and also got the award as Best Indie Dance Artist for three consecutive years. Moreover, he pulled off the 2nd Place for Best Indie Dance/NU Disco Track with Jeffer (Original Mix) as well as the 3rd for WAVES (Original Mix) together with Erol. He remixed  David Lynch, N.E.R.D, Depeche Mode and Snoop Dogg. Kelis, the UK rapper, Kano and the Black-Eyed Peas are just a few among the long list of great artists he has worked with.

This night is gonna be an extremely refreshing experience that will  keep you in good spirits. Buy your tickets and get ready to be enslave by his music!