Counting Crows just came out with a brand-new EP, Butter Miracle: Suite One, "a melodic, wistful ode to life on tour, with a sound that somehow manages to bridge the gap between the Band and Mott the Hoople." Says Rolling Stone Magazine. Now, grab you stick of butter, buy some tickets and come listen to it live! Counting Crows: The Butter Miracle Tour comes to Fillmore Auditorium on Tuesday, August 24th 2021 with very special guests Frank Turner, Seán Barna and Matt Sucich. It’s going to be an amazing night out with the first new music from Counting Crows in seven years! 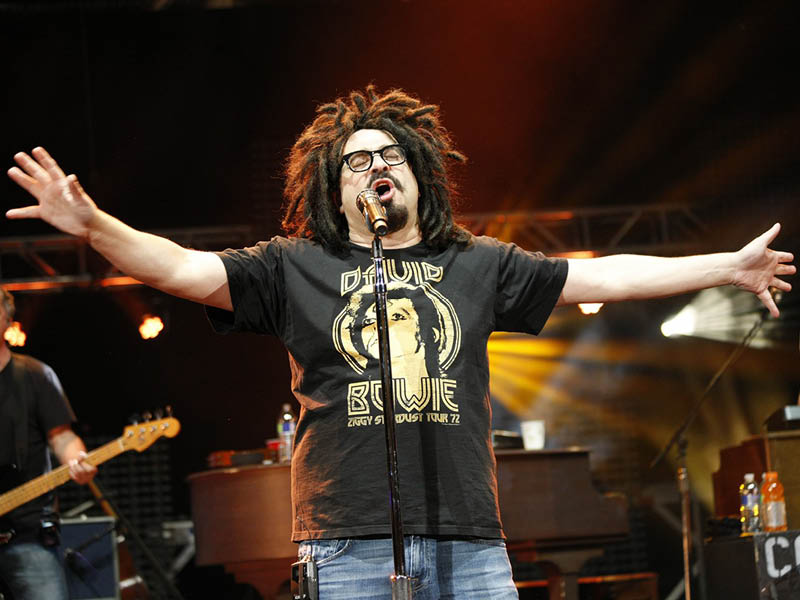 Counting Crows first formed back in 1991 in Berkeley, California, they are lead singer Adam Duritz, drummer Jim Bogios, guitarist’s David Bryson, Dan Vickrey and David Immerglück, with bass player Millard Powers and keyboardist Charlie Gillingham. They made their breakthrough in 1993 with the debut album, August and Everything After, which featured the breakthrough hit single “Mr. Jones,” selling more than seven million copies in the United States. They received two Grammy Award nominations in 1994 one for Best Rock Performance By A Duo Or Group With Vocal for "Round Here" and one for Best New Artist, and an Academy Award nomination in 2004 for the single "Accidentally in Love", which was included in the film Shrek 2. In 2021, Counting Crows ranked #8 on Billboards’ “Greatest of All Time: Adult Alternative Artists” 25th anniversary chart, and after seven long years, Adam Duritz and Counting Crows have finally returned with a brand-new EP, Butter Miracle: Suite One, released in May 2021. The EP, Butter Miracle, Suite Two, will be released later, and together suite one and two will form a full album.