In this season of festivity, enjoy every moment that allows you to let your hair down and have fun. No one else can stir up an awesome party better than EOTO so come along at the Fillmore Auditorium in Denver, Colorado on December 7, 2013 at exactly 7:30 PM. 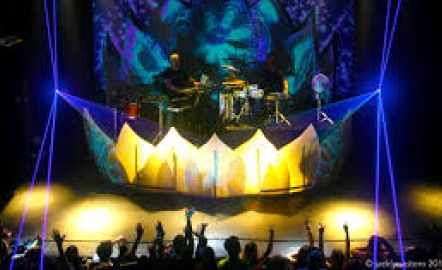 Michael Travis and Jason Hann are the two musically-brilliant man that comprised the electro jam band EOTO. It was formed in 2006 as a side project of the jam band warriors the String Cheese Incident. In the same year, they released their debut studio album “Elephants Only Talk Occasionally”. The duo has been quite admired for their unique looping techniques, live mixing and mind-blowing improvisation. Their second studio album “Razed” was released in 2008 and the third “Fire the Lazers!!!” was released in 2009. Apart from recording albums, EOTO has been busy with their massive touring, performing to enthusiastic crowd all over the world. The throbbing tunes and intense beats in their music will surely spare no one from dancing. They’ve got an exceptional ability to create inimitable melodies using their Ableton Live Software, midi keyboards, sampler, drums and bongos. EOTO can bring together fans of different music genre to groove and party with them.

Break the monotony of your life by joining this one-off revelry. Hit that buy tickets button right there at once!