Flosstradamus (AKA Curt Cameruci) comes to Fillmore Auditorium on Friday 12th July 2019 on the Blackout Tour! The trap sensation, who stopped by Fillmore last year for a 4/20 show with Slushii, will be bringing a set of his trademark, uplifting EDM, getting the crowd in a frenzy on the floor! He'll be joined by Jersey's rising star 4B in support! 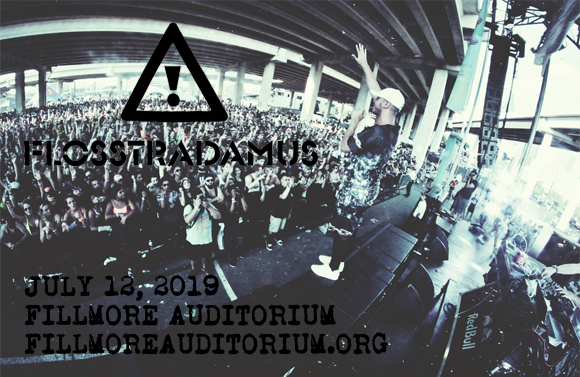 Curt Cameruci and Josh Young formed the American trap DJ and production duo Flosstradamus in 2006 in Chicago, Illinois. The following year, the duo gained international recognition when they embarked on a tour with Canadian electro-funk duo Chromeo. The twosome performed and recorded together for a decade, collaborating with many other musicians along the way including: Kid Sister (Young's sister), Diplo, Three 6 Mafia's Juicy J, The Cool Kids, A-Trak and Post Malone, among others. In 2016, the duo announced that they would be splitting to pursue solo ventures. Young embarked upon a solo project under the name YehMe2 and Cameruci has continued to perform as Flosstradamus. In 2017, he teamed up with Waka Flocka Flame and Mayhem to release the single "Back Again".