Frank Turner is known for his varied sound yet always sincere with a blend of Rock, Folk, Acoustic and Punk – making his live shows a constant mesmerizing experience as he takes the crowd through the motions. There are moments that make you want to sway to the love songs and head bang to the heavy anthems! Book your tickets today to make the start of the year an unforgettable one! 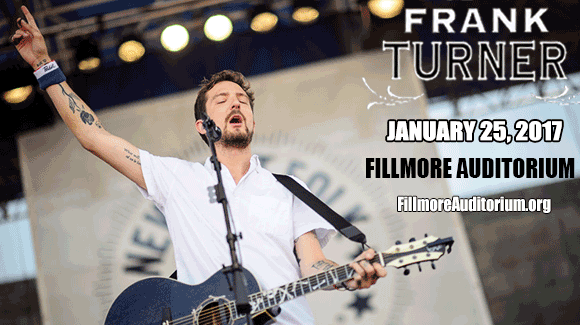 "The glorious rise and rise of Frank Turner has been such a heartening climb that only the meanest of indie fans could take umbrage against the good man and his trusty acoustic steed. And, brilliantly, it ain’t over yet."

Since the very start of Frank Turner's career back in the early 2000's, his audience has grown and has shaped the music throughout the years. 2017 is bound to be another successful year, so get ready to catch him and his band – The Sleeping Souls as they hit the road.