On 5th of August 2013, you are going to say goodbye to your inhibitions as The Gypsy Kings transport you into another world of music – a world where you can’t refuse to sing, dance and be gleeful even long after the night is over. Come to Fillmore Auditorium in Denver, Colorado and experience the exuberance at 7:00 PM. 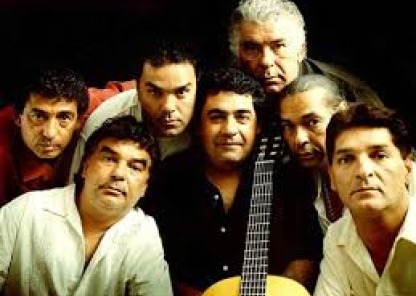 During the Spain’s Civil War, gypsy families Reyes and Baliardo fled into Arles and Montpellier in the South of France. Nicholas and Andre Reyes, the sons of celebrated flamenco artist Jose Reyes, collaborated with their cousins Jaques, Maurice and Tonino Baliardo, whose father is Manitas de Plata, to form “The Gypsy Kings”. Then on 1970, the group started to bring the pleasing melodies of progressive pop-oriented rumba catalana to the world. They propelled to illustriousness when their debut eponymous album was released in 1988. It went gold across France, UK, and became one of the very few Spanish language albums to spend 40 weeks on the charts in the US. The album peaked at no. 2 on the Latin Pop charts in 1989 and no. 3 on the Top Latin Albums chart in 1993. The hit songs “Djobi Djoba”, “Bamboleo” and “Un Amor” also help the group to gain European popularity. The band sings in gitane – a dialect mixing French, Spanish and Catalan.

There can be no reason for you not to have fun in their bright and jolly music! Their warmly passionate vocals blended with the outpouring of buoyant guitar rhythms are truly magical. Save your seats now.