Experience a sky-scraping level of amazement with MGMT’s enigmatic blend of electronic rock and psychedelic pop music. Mark your calendars; on September 6, 2013 the Fillmore Auditorium in Denver, Colorado will be filled with a riot of surreal melodies, a feast of colors and imposing visuals. 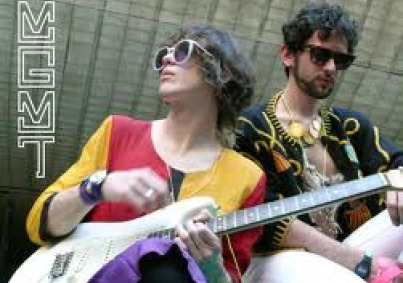 The two musical nerds Ben Goldwasser and Andrew VanWyngarden formed the band during their freshman year in the Wesleyan University in 2002. From their first major label studio album “Oracular Spectacular” in 2007, MGMT became all the rage in the music industry. The album was nominated for Best International Album in 2009 Brit Awards and gained the Best Albums of 2008 from NME Awards. It includes the singles “Kids” and “Time to Pretend” and “Electric Feel” which has all been very popular. The band was termed “Artist of the Day” by Spin.com and hailed as Last.fm’s Most Played New Artist of 2008 in their Best of 2008 list. Their next effort spawned another successful album “Congratulations” in 2010 which includes the tracks “It’s Working”, “Flash Delirium” and “Siberian Breaks”. MGMT’s forthcoming self-titled album is about to be released on September 17, 2013 with single “Alien Days”, “Your Life Is a Lie” and “Cool Song No. 2”. Apart from the trance-inducing aural experience, listeners will also enjoy optical delight with the album’s visual elements.

The band is also know for their sold-out concert tours. So grab your tickets before the it run out.