It’s A Gangsta's Pain, y'all! Tennis chain, ring, watch, light on the ice today. Moneybagg Yo coming to Fillmore Auditorium on Thursday, October 21st 2021. He’s got, eight whips, ain't none of 'em rented, runnin’ them hunnids through the money counter. Moneybagg Yo, fourth album, A Gangsta's Pain, came out this April, and went straight to the very top spot of the Billboard 200 chart, becoming his very first number 1 hit, and earning him a heap of cash, finally earning that name! Grab yourself some tickets to this show, make it through the rain, so can you feel a gangsta pain?! 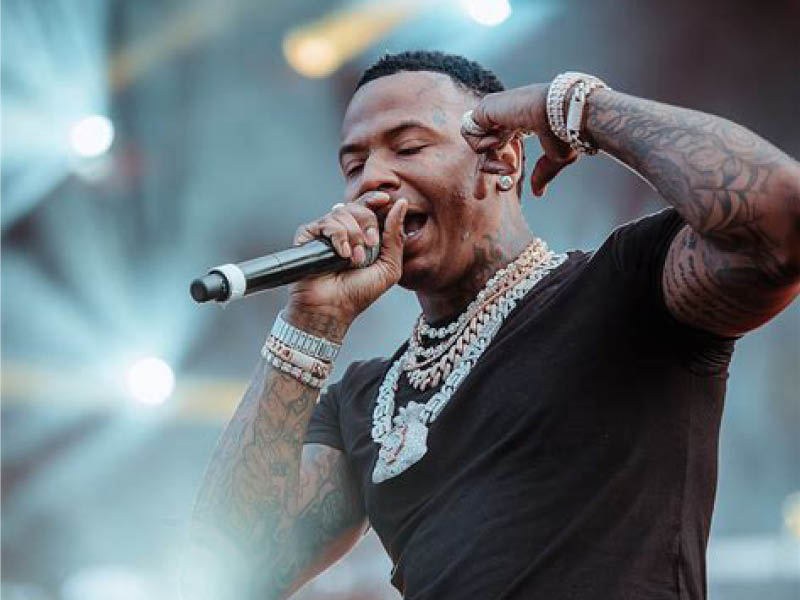 Climbing Memphis rap star, DeMario DeWayne White Jr. is Moneybagg Yo, his fourth studio album, A Gangsta's Pain, became his first chart-topping project. The album features guest appearances from Kaash Paige, BIG30, Future, Tripstar, Polo G, Lil Durk, Jhené Aiko, and Pharrell Williams. Debuting at number 1 on the Billboard 200 chart in May 2021, dropping to the number 2 spot on the following week and then back up to number 1 in week 3, in total earning a whopping 241, 000 equivalent album sales, in the weeks since it has been certified 5x Gold. In this new album, he delivers the same familiar quality rap fans have come to expect with, in Moneybagg style, a twist of illuminating introspection, it may be more mainstream than we are used to, but I think it’s time he got his due, and filled those Moneybaggs’ Yo!
Moneybagg Yo has 4 studio albums, and a whopping 16 mixtapes, it was his twelfth and thirteenth mixtapes that finally broke his career, Federal 3X, in 2017 and, 2 Heartless, in 2018 both debuting in the Top 20, coming in at number 5 and number 16 on the Billboard 200, respectively, followed by his third studio album, Time Served, debuting at number 3 on the Billboard 200 in January 2020.