One of hiphop's hottest new names, NF – Nate Feuerstein, comes to Fillmore Auditorium on Friday 2nd March 2018! The chart-topping rapper will be performing tracks from his number one album, Perception, and with his Eminem-influenced flow and hard-hitting lyrics, you know it's gonna be one dope show! 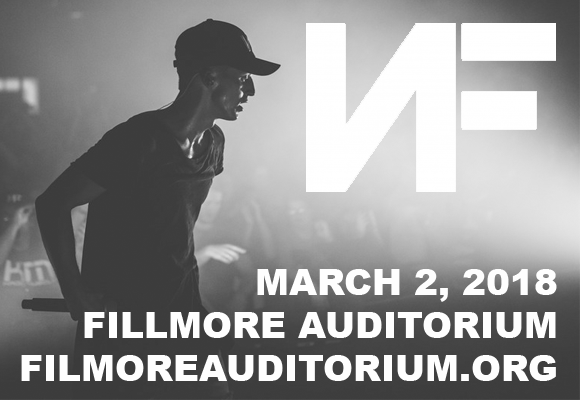 Nate Feuerstein, known as NF, is an American Christian hip hop artist and songwriter who first came to prominence in 2014 with the release of his eponymous debut EP. The EP reached number 12 on the Billboard Christian Albums chart, and lead the way to him becoming a popular artist in Christian spheres. NF's debut album, Mansion, was released in 2015 by Capitol CMG, followed by his second studio album, 2016's Therapy Session, which won the 2016 Dove Award for Best Rap/Hip Hop Album of the Year. His latest release, Perception, debuted at No. 1 on the Billboard 200.