Feel the vivacity and exuberance, the emotional outburst and pop punk insanity  glance off all over the four corners of the Fillmore Auditorium in Denver Colorado. Can you REALLY keep up with PARAMORE’s extremely fierce, hyper-energized performance? You gotta prove it! Show up on May 7, 2013 at 6:30 PM. 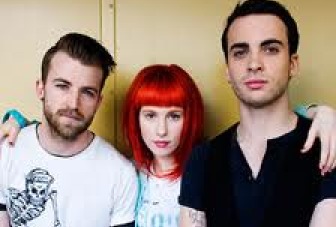 Whenever someone mentions rock, surely, Paramore is the first one to pop on every teen’s or young adult’s mind! The depths and passion on each line of their songs, their exhilarating live shows, the magnetic charm of the band’s frontwoman, Haley Williams, the amazing bassist Jeremy Davis and the exceptional guitarist Taylor York– these are just some of the reasons for their incessant success in the music industry. Their debut studio album “All We Know Is Falling” was released on July 27, 2005. It was included in the UK Rock Chart and US Billboard’s Heatseekers Chart. On June 2007, their second album “Riot!” was released with four singles; “Hallelujah”, “Misery Business”. Crushcrushcrush” and “That’s What You Get”. The album was certified Platinum in the US by the Recording Industry Association of America (RIAA), and in Ireland by Irish Recorded Music Association. Then on 2009, the band released their most successful and highest charting album to date, the “Brand New Eyes”, which has sold 185,000 copies just after its first week. The album has reached number two on Billboard 200 and has won Best Album at the Kerang! Awards 2010. The singles “Ignorance” and “The Only Exception” were both chart topping. Paramore also wrote two songs for the Twilight series, “Decode” and “I Caught Myself”.

You ready to get soaked with sweat from dancing and jumping and screaming???  Well then, don’t try to delay buying your tickets! You’re gonna have some REAALLLLL fun!