Denver's very own funk-meisters with a capital "F", Sunsquabi, are coming to Fillmore Auditorium on Saturday 26th January 2019 and it's gonna get wild! This psychedelic, electronic jam band trio well and truly brings the groove, so get ready to get down as they offer up brand new tunes and a whole heap of classic Sunsquabi bangers to dance to! You know you love it! 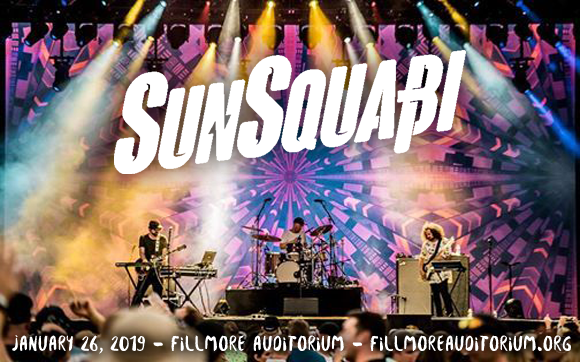 “It’s kinda like breathing, honestly. We can communicate directly with each other both verbally and non-verbally, onstage and off. That connection will take the music collectively where we all want to go.” – Kevin Donohue