Who says you can’t rock out with mellow songs? Start your week on a high note by being one of the mesmerized mob watching The Xx turn the Fillmore Auditorium in Denver, Colorado into a big party place on June 3, 2013! Chill out with the inimitable soft voices, austere tones and the overall exceptionally magnetizing music of The Xx. Show starts at 6:00 PM. 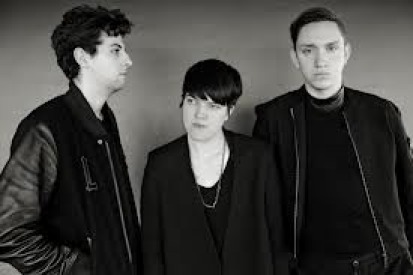 Romy Madley Croft (vocalist  and lead guitarist), Oliver Sim (vocalist and bass guitarist) and Jamie Smith better known as Jamie xx (beats and mpc sampler) are the reticent Londoners who formed the Mercury Music Prize-winning indie pop band The Xx. The British national daily  newspaper ranked the band as number one on their Best of 2009 lists, NME placed  it  as second and 9th at Rolling Stone. Their debut studio album “xx” has received extensive critical praises from music critics. It was certified platinum by the British Phonographic Industry and spent over a hundred weeks on the UK Albums Charts, it was hailed as the  best album of 2009 by the FACT magazine. In 2012, “Coexist” was released and debuted at number one on the UK Albums Chart and 5th on the Billboard 200. This trio has  enthralled thousands of indie fans with their distinctively minimalist music that carries lyrics with lustrous emotional depth. Some of their intensely poignant songs that will send chills to your core are “Angels”, “Chained”, “Swept Away”, “Crystalised” and “VCR”.

The Xx concert is definitely a must-see for anyone of you who craves for a total enjoyment, awesomeness and electrifying show. Tickets might be sold out before you even know it so buy yours NOW!