One of the most feel good bands in Indie Rock – Irish group Two Door Cinema Club are returning to the road and will be hitting the Fillmore Auditorium on Monday 28th November 2016! Two Door Cinema Club are bringing their brand new third studio album "Gameshow" to the US… which means North America fans will have the chance to catch them LIVE in concert! Don't miss out – book your tickets today! 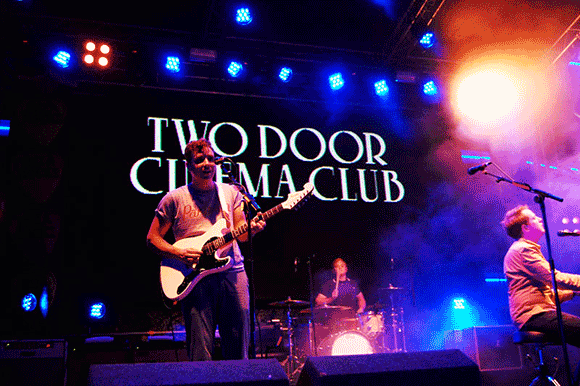 "The lights, the smoke, the holding of the notes, the set list, the excitement, the atmosphere, i just never wanted to leave. it was an amazing night to be outdoors and to see the crowd singing along and going wild to all the songs."

"There's nothing much to be said other than the fact that Two Door is one of the best live shows I've seen and will expect to see over the years. Their sound is huge, it's clear, it's beautiful, oftentimes to the point of me wanting to be able to listen to their live set over a digitally recorded album."