Wobbleland returns for another unstoppable night of the very best in EDM! With a line up that is out of this world, fans will be raving all night long to the likes of; Ghastly, Midnight Tyrannosaurus & ATLiens as they all perform LIVE at Fillmore Auditorium on Saturday 9th May 2020! Tickets are now on sale for Wobbleland 2020 – have you got yours?! 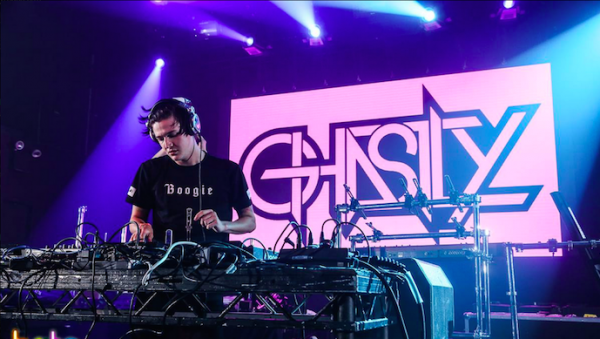 The name on everybody's lips right now is Ghastly. The American DJ has been brewing up a storm with his incredible tracks and is becoming known for singles such as "Miami Connection" with Jauz and "Crank It" with Mija and Lil Jon.

To follow his passion David Lee Crow AKA Ghastly made a move from his home farm to Venice Beach where his DJ skills became quickly noted as he performed across the LA scene. With his humble and struggling start including living in vans and showering on the beach, Ghastly built up a reputation for his music and became a resident at Exchange LA which helped to transform his early days in music.

Ghastly became able to concentrate on what he does best, self producing electronic tracks and with the push from Skrillex, "Crank It" with Mija kick started his place on the music scene. As the talented act grabbed the spotlight and fellow musicians and artists raved highly about him, Ghastly continued to follow his dream and the success has just kept on growing throughout the years. With his remixes and original songs, Ghastly has been gathering a wide fan following wherever he goes, known best for his performances on the festival circuit.

Now in 2020, with his debut album already under his belt, he will be taking to the stages across North America for some exclusive dates!
Ghastly is at the top of the bill for the 2020 Wobbleland experience – get ready to catch him along with Midnight Tyrannosaurus & ATLiens as they all touch down at Fillmore Auditorium this spring season!