Blues soulstress, ZZ Ward is coming to Fillmore Auditorium on Friday 2nd October 2015!
After the success of her performances at Coachella Valley Music Festival, along with a tour supporting Eric Clapton last year – ZZ Ward is now back on her own headlining adventure around North America on her Love and War tour! This girl sure knows how to rock the stage! Catch her LIVE as she explodes onto the mainstream this fall… 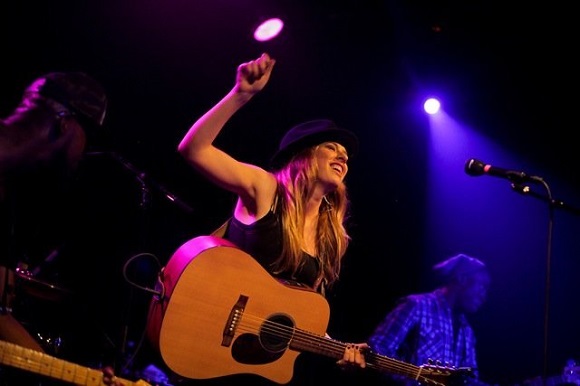 ZZ Ward is a blue-eyed soul pop star, originally from Pennsylvania. She is rising to fame as quick as a flash of lightening! Her edgy yet catchy songs are grabbing the attention of people all across the globe.

ZZ Ward began her musical career at just 12 years old, after moving to Oregan as a child, Ward joined her first band, their first song was an Albert King track named "As The Years Go Passing By." When she was old enough to move out, ZZ Ward moved to Los Angeles and signed a recording contract with Broadwalk Entertainment Group, where she recorded her debut album, 'Til the Casket Drops'. The record featured artists such as; Kendrick Lemar, Ryan Tedder, Pete Rock, Ali Shaheed Muhammad and many more and included the hit song – "Put the Gun Down."
It was very clear from the word go that she had something special about her, her strong vocal ability mixed with her bluesy roots, gave her an edge on the music market and led to performances on Live TV Shows such as The Tonight Show with Jay Leno.
Earlier this year, in 2015, ZZ Ward released her second studio album, 'This Means War' and is now embarking on an epic headlining tour across America! Make sure you see her live in concert this fall – you won't regret it!